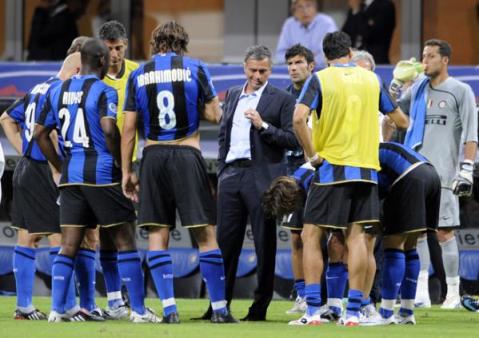 Inter Milan coach Jose Mourinho said that the Bahrain national team gave his club a taste of what is in store in their upcoming Serie A title defence. Inter Milan won the match 1-0.

The Italian champions had to work hard to win their last pre-season friendly, with Brazilian winger Mancini heading the winner in the second half of the match in Kapfenberg, Austria.

Mourinho was quoted saying in a local newspaper that “We experienced a situation that will occur frequently at the San Siro — playing against opponents who line up 11 men behind the ball,”.

Mourinho however revealed that he was pleased with Patrick Vieira’s performance in the holding role in front of the defence.

The French midfielder is a candidate to move into that position, with Argentine Esteban Cambiasso set to miss the start of the season with a knee injury, making his move away from Inter less likely.


Sir Alex Says It Will Be “Foolish” To Dismiss Manchester City