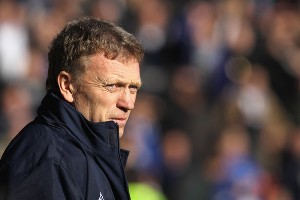 Everton boss David Moyes concedes they need extra investment to make a jump to the next level.

Blues chairman Bill Kenwright confirmed during the week they were seeking “a billionaire”.

Moyes added that Everton have been at a good level for a few years and the question now is can the club make that extra jump.

He then said that some clubs have spent hundreds of millions trying to make that step up.

The Scot also said that what Everton have done is spend time developing the club and giving it stability and that he is going to try to make the next move.

He then went on to say that if another club spends another £50million in the summer, it does not matter what he has got.

This Could Be My Best Season – Nani