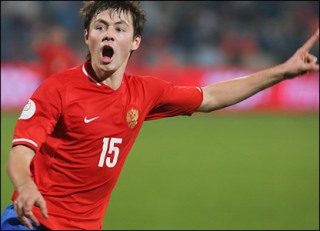 Everton manager David Moyes is believed to be prepared to splash £10million of the Joleon Lescott fee on Russian ace Diniyar Bilyaletdinov.

It was reported that Everton accepted Manchester City’s £24m bid for Lescott last night and the defender is set to sign today.

It is reported that Toffees manager Moyes now wants four new faces in Everton before the transfer window closes and he will make Lokomotiv Moscow attacking midfielder Bilyaletdinov, now age 24, the first of them this week.

Manchester City will fight any ‘tapping up’ allegation over the Lescott saga and manager Mark Hughes said Manchester City is quite comfortable with how it has progressed.