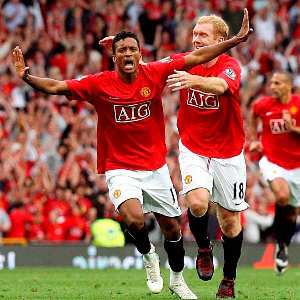 Manchester United’s left winger Nani is set to miss the start of the new Premier League season after dislocating his shoulder in the Community Shield against Chelsea.

Portugal international Nani fired United into a 10th-minute lead but was then forced off the field after an hour when he was hurt in a clash with Chelsea captain John Terry.

United boss Sir Alex Ferguson told reporters after the match that the medics could not put the shoulder back in, so that is the worrying part for the team.

Sir Alex added that Nani had done very well, and everyone is very pleased with his performance.