Nani : I Apologised To Ronaldo 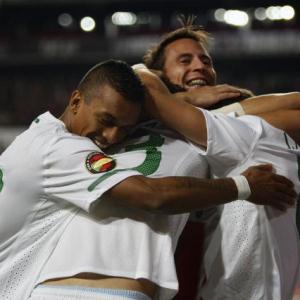 Cristiano Ronaldo looked to have put Portugal ahead with a superb effort in the first half, after he cleverly turned inside Gerard Pique before scooping his shot over Real team-mate Iker Casillas.

Manchester United star Nani however raced in from an offside position to head the ball in from point-blank range, leading to the goal being disallowed.

And while Nani was initially admant that he was onside, the Manchester United winger admitted that, on reflection, his decision to put the ball into the net was an erroneous one.

“I touched the ball because I thought I wasn’t offside,” Nani said.

“Everything happened so quickly. After having time to think about it I apologised to Ronaldo. It was a great piece of play and I shouldn’t have ruined it.”

Ronaldo, who threw his captain’s armband onto the pitch in anger after the goal was disallowed, felt the ball had already crossed the line before Nani got to it.

Ronaldo told Marca that : “I don’t understand, even a blind man could see it was a goal, the ball was half a metre into the net,”.

“I don’t know if it’s a coincidence or not but my best goals with the national team are being disallowed. I remember an overhead kick in the Bessa stadium which wasn’t given.” 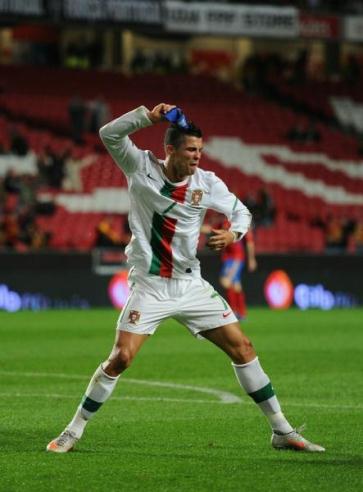 
Agent : Neven Subotic Will Not Leave Borussia Dortmund In January!