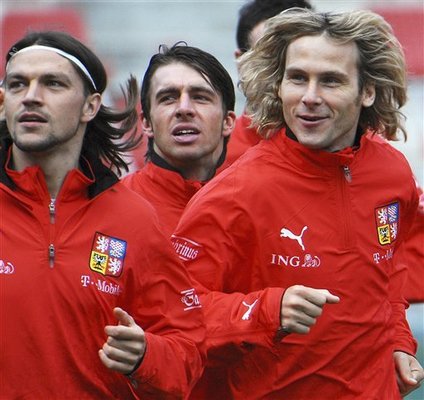 Former Juventus midfielder Pavel Nedved has revealed that he is considering a move to the United States and play in the MLS.

The 36-year old left sided winger retired at the end of last season but is now re-thinking his future without football.

Nedved told reporters that he needed a vacation, but now after two months, he is frightened of a future without football.

Nedved also revealed that he is practicing with Skalma, an amateur club in Western Bohemia and said that it is impossible for him not to think about football.

The ex-Czech international also pointed to a potential move to America and did not rule out a national team return.

Nedved also added that his family and him would like to experience America.

The player also revealed that he spoke to Czech Republic coach Ivan Hasek and that he promised the coach that he would consider coming back.

However, Nedved said that he must first start playing somewhere, and only then he can think about the national team.