Nemanja Vidic Happy To Have Rooney In Manchester United 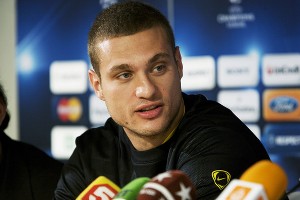 That Vidic is thankful enough he just has to face Rooney in training every day is quite some indication of his talents.

He told reporters that he face Rooney in training every day and therefore knows all about his ability.

Vidic added that Rooney is a good player and Manchester United just need to make sure he stays fit.

The Serbia international defender added that Rooney had one or two injuries in the past years and it has been difficult for Rooney to pick up the right form.

Vidic then went on to say that Rooney is doing extremely well for Manchester United at the moment.