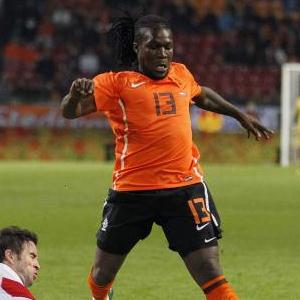 Klaas Jan Huntelaar scored the only goal as Holland defeated Turkey in a friendly international in Amsterdam.

Huntelaar struck after 52 minutes when he found the net from the edge of the area.

Turkey threatened first when Hamit Altintop’s free-kick was cleared and then Burak Yilmaz saw his shot saved by Maarten Stekelenburg.

Altintop’s corner was then cleared before Yilmaz had another shot kept out by Stekelenburg.

It was 15 minutes before Holland’s first chance but Rafael van der Vaart’s free-kick was cleared by Servet Cetin.