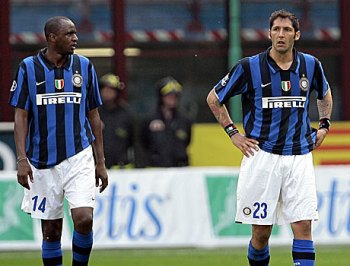 Transfer news from the MLS is out and it has been reported that Inter Milan midfielder Patrick Vieira is reportedly a target for the New York Red Bulls.

The France international midfielder has stated his intent of one day playing MLS and an industry source has indicated that the Red Bulls have eyed him as a potential Designated Player.

Despite the intent, the struggling Red Bulls have not yet made any contact with the former Arsenal captain but with his desire to leave Inter at the end of the current Serie A season, they have some time up their sleeve to make a play.