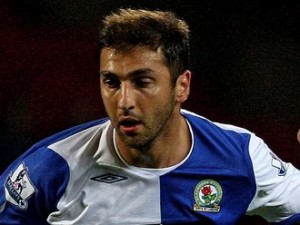 It is reported that the 27-year-old Blackburn defender will go straight into the squad for Saturday’s Coca-Cola Championship clash with Plymouth at St James’ Park.

Tbilisi-born Khizanishvili, who has 62 senior international caps to his name, began his career with Dinamo Tbilisi, and after spells with city rivals FC Tbilisi and then Lokomotiv Tbilisi, made his way to Scotland and Dundee, and then Rangers.

He joined Blackburn in a £500,000 move during the summer of 2006 after spending a successful season on loan at Ewood Park.

However, he has found himself surplus to requirements at Rovers during the current campaign and has made just one senior appearance, in a 3-1 Carling Cup second-round victory at Gillingham.


Ronaldinho To Be Benched Again