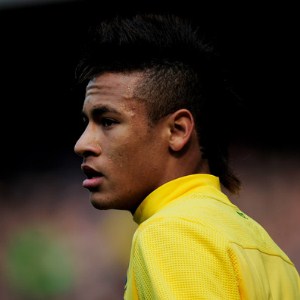 Sensational news are out and it has been revealed that Neymar has refused to apologise to the Scottish Football Association for complaining of racist abuse during Brazil’s match against Scotland.

Investigation revealed that the banana was thrown by a German student sitting in the area of the stadium reserved for Brazilian supporters and not one of the Scottish supporters.

This led to SFA chief executive Stewart Regan to writing to the Brazilian federation (CBF) to request an apology.

However Neymar wrote on his official website: “At no time, even at the end of the game, still enveloped by the thrill of scoring the two goals that won the game, did I accuse any person or any group of supporters, of whatever nationality, of having committed such an act.”

He added: “All the interviews I gave at the end of the match, in Portuguese, are available for consultation with media companies that covered the friendly.

“Yes, I did lament the fact, condemn any and all prejudice, but I repeat, at no time did I accuse anybody. So I do not understand why I have to retract what I said.

“The requirement from the Scottish, after all that happened, seems somewhat ironic, since, if there has been prejudice, it is us, the players, who should ‘require’ a formal apology.”

The 19 year old Brazilian stressed he had declared the matter closed in his post-match interviews.

He added: “I spent a great time with my family in the UK and even stayed a day longer than planned.

“I only have praise for the way I was treated at every place we visited. The hospitality my family was offered was an honour for us. They were unforgettable days.

“That said, for my part, I consider the matter closed.”

Andrea Pirlo To Quit Italy After The World Cup