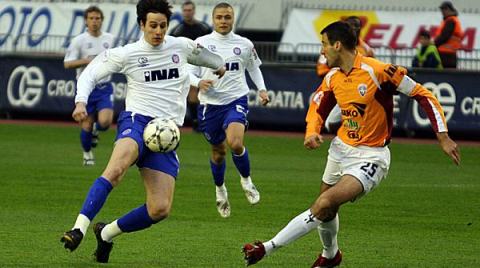 Blackburn manager Sam Allardyce has revealed that new signing Nikola Kalinic is set to make his debut in next week’s Carling Cup second round tie at Gillingham.

The Croatian is today training with his team-mates for the first time after securing a work permit and visa and manager Sam Allardyce is keen to get him up to speed after the former Hadjuk Split forward missed most of pre-season.

However, the 21-year-old striker will not be rushed into Barclays Premier League action and the Rovers boss plans to give him a run-out against the League One side a week on Tuesday.

Big Sam told local reporters that Kalinic will probably play at Gillingham at the earliest and that he will have a look at him and bring him on slowly.