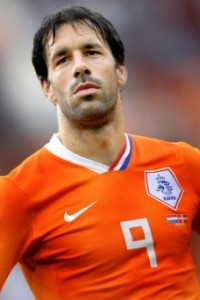 Dutch international striker Ruud van Nistelrooy has revealed that he turned down offers to leave Real Madrid this summer.

Real spent big in the summer with the likes of Cristiano Ronaldo, Karim Benzema and Kaka recruited as they look to depose fierce rivals Barcelona.

But van Nistelrooy, now age 33, is confident he’ll get a chance to shine, despite also facing competition from the likes of Gonzalo Higuin and Real legend Raul.

He told reporters that the easiest thing for him to di would have been to leave for a lesser team but he said that he is not going to leave Real Madrid.

He also added that he wants to know what he is capable of and that there is still a lot of options when it comes to playing.

Van Nistelrooy has been absent since a knee operation in November but hasn’t lost faith in his ability and added that he knows that he can play at the highest level.

He also said that physically, he feels better than before the injury and that he only need to find his rhythm and that will come with matches.

Who Is Takayuki Morimoto? And Why Does Sir Alex Want Him?


Chelsea Transfer Ban Could Be a Blessing in Disguise