No Big Signings For AC Milan In January 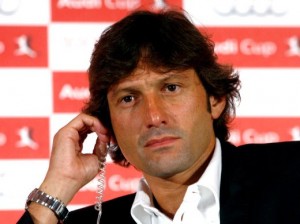 AC Milan manager Leonardo has been told that he must accept the fact that the club will not shop for world class players at the top end of the January market.

Local Italian newspapers have reported that Milan president Silvio Berlusconi is pulling back from heavily investing in the club’s playing staff to the tune of 50 per cent.

A flagging Milan will be strengthened, however, in January with a new wing-back on the agenda, Rafinha of Schalke is a likely prospect.

Former Roma coach Luciano Spaletti, meanwhile, is the latest manager to be linked with Leonardo’s job.


Robinho Sidelined For Another Three Weeks