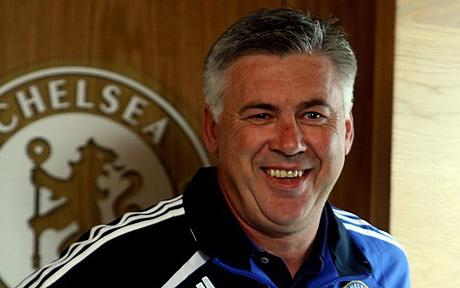 Carlo Ancelotti has revealed that Chelsea FC has concluded their business in the summer transfer window with just three signings which include goalkeeper Ross Turnbull, striker Daniel Sturridge and midfielder Yuri Zhirkov moving to Stamford Bridge.

Chelsea and more importantly Carlo Ancelotti was consistently linked with AC Milan’s Andrea Pirlo as well as Bayern Munich’sFrench winger Franck Ribery. However, as Chelsea prepare for their Community Shield showdown with Manchester United on Sunday, Ancelotti has confirmed there are no plans to add to the squad before the transfer window closes.

The Italian also cleared the air over the futures of both midfielder Deco and defender Ricardo Carvalho who have been linked with a move to Inter Milan, now coached by former Chelsea manager Jose Mourinho, who also worked with the pair at Porto. Mourinho moaned that Chelsea had made it difficult for Inter to sign the pair by increasing the size of the fee.

But Ancelotti claimed Chelsea had never considered selling the duo and confirmed they would be key assets in his squad this season.