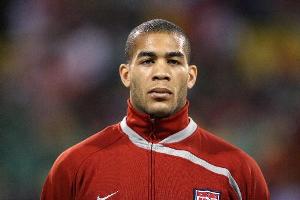 Latest news on AC Milan defender Oguchi Onyewu and it has been reported that the defender has undergone surgery to repair his ruptured patellar tendon.

The USA international central defender sustained the injury whilst on national duty against Costa Rica on October 14 and is expected to miss four to six months after the operation was a success.

It is now believed that Onyewu will begin rehabilitation in the US before returning to AC Milan to complete his recovery.

The 27-year old joined the Rossoneri on a three-year contract in July from Belgian outfit Standard Liege but will now miss the remainder of the season.

His injury has caused a stir at his club, namely with vice-president Adriano Galliani seeking compensation from the US national team to help pay his wages while his out as he sustained the injury whilst playing for national team.