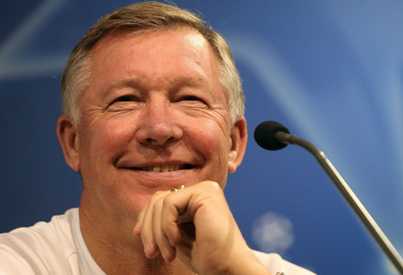 Sir Alex Ferguson has revealed that he reckons only two clubs can stop his Manchester United team marching into the history books this season.

The champions begin life without Cristiano Ronaldo tomorrow, aiming to become the first side ever to win the league title four times in a row and that would also be a record-breaking 19th top-flight crown and Ferguson believes that his young guns can do it.

However, the legendary manager feels that only Chelsea and Liverpool are capable of foiling his line-up’s glory bid this season even though £80million Portuguese wing wizard Ronaldo has departed.

The Scot is convinced that the time is now right for the likes of Federico Macheda, Danny Welbeck, Nani, Anderson and Darron Gibson to come to the fore.

Looking ahead to the title race, 67-year-old Ferguson told reporters that “You can throw a blanket over ourselves, Liverpool and Chelsea”.

He also added that he thinks it will be between United, Chelsea and Liverpool and that there is not a lot to choose between these clubs.

However Sir Alex said that the only difference is the fact United have more experience because of winning the title, though that does not matter a great deal in this competition.