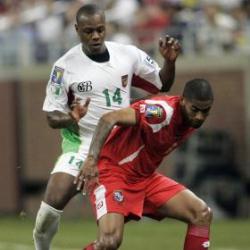 Panama survived a late comeback from 10-man Guadeloupe before holding on for a 3-2 victory in their CONCACAF Gold Cup Group C opener on Tuesday.

After leading 3-0 inside the hour, the Central Americans looked to have the game in the bag, especially with a man advantage following the sending off of Guadeloupe’s Michael Tacalfred.

But Guadeloupe, who many would expect to finish bottom of a group that also features the United States and Canada, showed plenty of character and attacking ability to give Panama a scare.