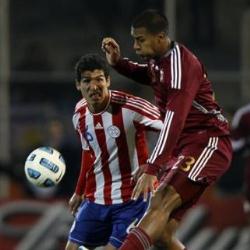 Paraguay have qualified for their first Copa America final since 1999 after defeating Venezuela in a penalty shootout following their scoreless draw in Mendoza.

The two teams played out a thrilling 3-3 draw in the group stage, but the semi-final was to be a much more conservative affair with neither side able to make the breakthrough during the 120 minutes of play.

A save from the impressive Justo Villar from Franklin Lucena’s spot-kick was enough to see Paraguay through to Sunday’s decider, where they will take on Uruguay.