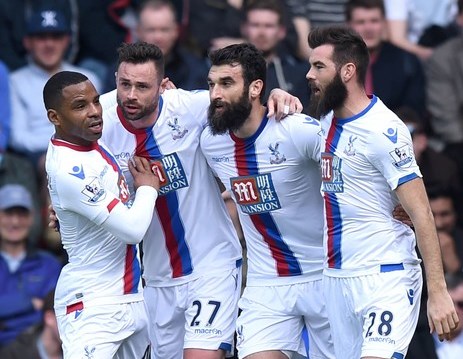 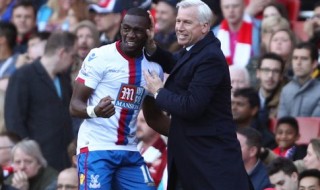 Crystal Palace secured their premiership survival last night thanks to two goals by Dwight Gale against Stoke City, The Potters took the lead thanks to a well-worked move which ended with Marko Arnautovic setting up Charlie Adam to angle in a shot.

However Dwight Gayle equalised for the home side when he side-footed in after Yannick Bolasie’s mazy run.
And the Eagles striker got the winner when he picked himself up from a foul to score with a 25-yard free-kick.

Before the 2015/16 season began Palace announced that Mansion Group Limited were their Official Main Sponsors a company that owns gaming sites such as their most popular online casino brand Casino.com, they had hoped to improved upon last season when they finished 10th in the league with 48 points (this season the maximum they can get is 45 points and 12th position) and they roped in the talented Yohan Cabaye from PSG and Connor Wickham from Sunderland, the 2015/16 season started well enough for the Eagles with 4 wins out of 5, even beating Chelsea 2-1 in August 2015.

However their season dipped during the holidays in December and the beginning of the New Year, but credit should be given to manager Alan Pardew and the players who maintain their form in the FA Cup and will face Manchester United in the final. Incidentally, Alan Pardew has expressed his desire to stay at Palace next season and beyond.

In a season of roller coaster ride Alan Pardew has said that he hopes his side can emulate Leicester City by beating the odds and winning the FA Cup this season, in his post-match conference after the Stoke victory Pardew confessed that he may rest a couple of players in their final game in the league against Southampton now that Premier League status is secured and keep them fresh for the FA Cup final in Wembley on May 21st against Manchester United.

The way this season has gone on it would not be a real surprise if Alan Pardew and his men can lift the FA Cup at Wembley.