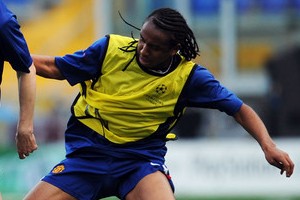 French club Paris Saint-Germain have failed in a bid to sign Anderson on loan from Manchester United.

It is believed that the deal was scuppered by PSG’s reluctance to pay the Brazilian’s wages.

It was first revealed Lyon’s interest in the midfielder over a week ago and there has been talk of a swap deal involving keeper Hugo Lloris.

Anderson, 21, arrived at Old Trafford from Porto for £18million in 2007 but he has failed to live up to his billing and has scored just once in 54 appearances.