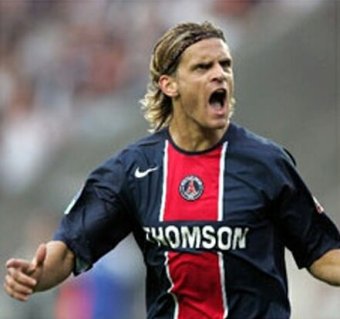 The 31-year-old left winger has become the Clydesdale Bank Premier League champions’ first signing for more than a year.

Rangers manager Walter Smith had identified the left side of midfield as a problem and Rothen who has been capped 13 times by France has been earmarked to fill that void.

Rothen is regarded as a dead-ball specialist, and the player was a star of Monaco’s run to the 2004 Champions League final, his performances earning him a move that summer to PSG.

He was also a member of France’s European Championship squads in 2004 and 2008.