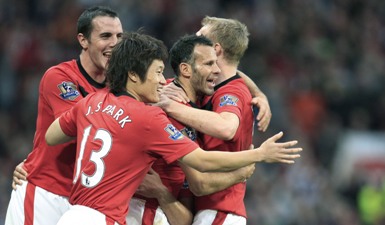 Great news for all Manchester United fans as midfielder Park Ji-Sung has agreed to a new three-year deal with the Red Devils.

It is reported that the South Korean international midfielder will earn around £70,000-a-week and this will be a massive £20,000 pay rise on his last contract.

His agent Kim Jung-Soo told reporters that Park Ji-Sung and Manchester United have reached an agreement on a three-year deal and that the contract will be effective through June 2012.

Park moved to Old Trafford from PSV Eindhoven in 2005 and has made 126 appearances, scoring 12 goals for United.

He became the first Asian to play in a Champions League final in last season’s 2-0 defeat to Barcelona.