Pato Confident He Will Bring The Goals For Milan 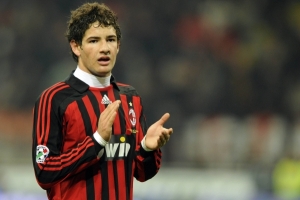 AC Milan striker Alexandre Pato has said that he is confident the goals will flow, once he breaks his current drought.

Brazilian international striker Pato has not scored since the opening round of the season and said that he knows that the Giallorossi are a great team and that they are strong.

He added that when Roma comes to San Siro, it’s always difficult to face them.

He added that the AC Milan players have had a great week in preparation for this game and that manager Leonardo has done a real good job.

He ended by saying that he will surely start scoring goals again and once that starts, he will ot be able to stop from scoring anymore.