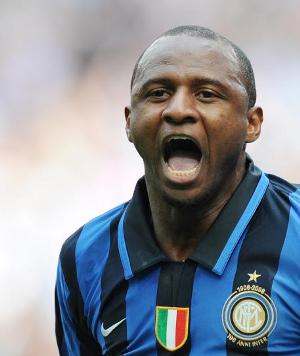 French international midfielder Patrick Vieira has snubbed a return to Arsenal by deciding to stay at Inter Milan.

The former Gunners captain was said to be keen on a move to Arsenal in order to try and secure regular first team football in a bid to claim a World Cup place next year.

Arsenal manager Arsene Wenger had also said that he would explore the possibility of resigning the player he first bought in 1996 from AC Milan.

But it seems the 33-year-old has now opted to stay in Italy and fight for his place in Jose Mourinho’s side.

Vieira spent nine years with the Gunners and was captain of the invincibles side which went unbeaten in season 2003/4.

He also won the FA Cup for Arsenal the following season with the decisive spot kick in a penalty shoot out with Manchester United. It proved to be his last involvement and the last time the club won a trophy.


Cristiano Ronaldo Out Of International Friendly With Flu