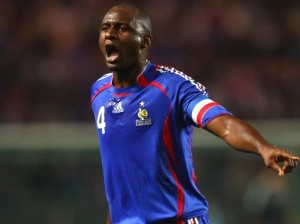 Former Arsenal midfielder and legend Patrick Vieira has admitted that he would be willing to play for Premier League club Tottenham Hotspurs.

The Inter Milan midfielder was linked with a shock move to Spurs in the summer, but was ruled out by Viera because of his love for the Gunners.

Vieira, now age 33, is still keen on a return to the Premier League though and has admitted that he would like to work with White Hart Lane boss Harry Redknapp.

Viera said that he has a big respect for the manager and that Harry is somebody that he could work under because he really like the personality Harry has got.

Viera also said that every player he knows who has worked with Harry Redknapp have been really happy.

Vieira was an unused substitute in Inter’s goalless draw with Barcelona in the Champions League on Wednesday and has played in just two of their four games so far this season.

France boss Raymond Domenech has told him he must be playing regular first-team football in order to secure a place in the squad for next summer’s World Cup.