It has been reported that Auxerre prospect Paul-Georges Ntep has welcomed interest from Arsenal. 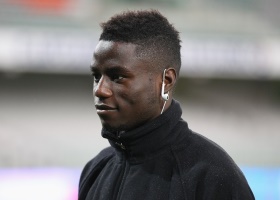 It is said that the Gunners have scouted Ntep extensively in Ligue 2 action this season.

He told L’Equipe: “Arsenal is a club that appeals to any player

“This is a club that relies on young players. After that, it’s always the same question – it depends on the project. Arsenal, yes, but to do what?

“If this is a club where I am going to sit on the bench, then where is the progression? I’m not saying I want to go to a big club to start immediately but at least that can happen in the medium term.”