Reports have emerged claiming that Paul Lambert believes Christian Benteke will be a hit at Liverpool. 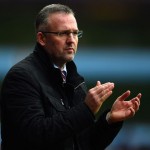 The Scottish tactician is the man who purchased the Belgian striker from Genk for £5.5million in 2012 and is confident he will succeed at Anfield once his £32.5m move from Aston Villa goes through.

“I think he is going to do great,” said Lambert.

“Christian phoned me yesterday and I had a good chat with him. I am delighted for him, he has got a move to a really big, big club.

“I hear reports that he can only score from cross balls. Well, Christian Benteke will score for Liverpool.

“The chances they create, he will score and, as Christian said yesterday, he is very good with his feet. “I knew that anyway from signing him and I think he will be a terrific signing.”

Benteke is reportedly set to undergo a two-day medical in London before signing a contract with the Reds sometime this week. 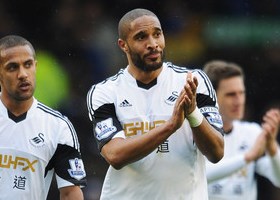