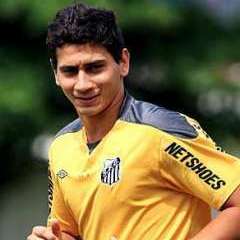 Santos playmaker Paulo Henrique Ganso will be out of action for six weeks with a thigh injury, putting his participation for Brazil in the Copa America in doubt.

The 21-year-old midfielder suffered the injury to his right thigh during the first leg of the Paulista (Sao Paulo) state championship final against Corinthians on Sunday.

Brazil coach Mano Menezes, who plans to name a squad next week for friendlies in June and the Copa America in Argentina in July, said he would wait until the last minute for Ganso.

Menezes said at a 2014 World Cup seminar on Monday : “We’re going to wait a little longer. Maybe it won’t be so much (time he is out), let’s wait a bit to see how his recovery goes,”.

Ganso, who has had little chance to play for Brazil due to injury, had surgery on damaged left knee ligaments last August days after Menezes gave him his debut in a 2-0 friendly win over United States.

“Look how capricious football is. He only managed to play one match against the U.S. With the ligaments injury he was out for 199 days, he came back and had a few games, not enough to be called up, and now he’s had another muscle injury,” said a disappointed Menezes.

Menezes, rebuilding a team for the 2014 World Cup finals in Brazil, believes Ganso is the best player to run his midfield, inheriting the position most recently held by Kaka and Ronaldinho.

“Ganso is an organiser who reads the game for the team, he puts the pass through on goal, he sets the rhythm. This player is harder to find,” said Menezes.

Brazil play Netherlands on June 4 and Romania on June 7 in friendlies at home before the July 1-24 Copa America.

Ganso will miss Santos’ Libertadores Cup quarter-final tie against Once Caldas of Colombia, the second leg of the Paulista final and the May 21 start of the Brazilian championship.

Santos travel to Colombia for Wednesday’s first leg of the quarter-final tie in Manizales.