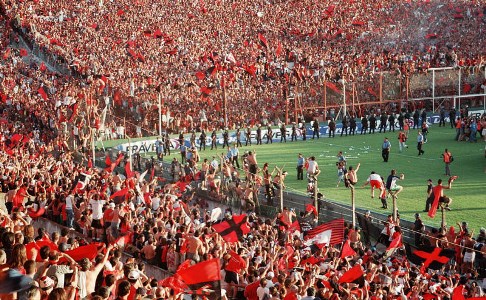 A pre-season friendly between Uruguay’s Penarol and Newell’s Old Boys of Argentina had to be abandoned after 40 minutes because of a players’ brawl.

“The Penarol supporters are reminded that this is a friendly match,” Penarol announced over the loudspeakers when fans threw firecrackers at the Argentine team’s players warming up before kickoff in Maldonado on Saturday.

With 37 minutes on the clock and the Uruguayans leading 1-0, Penarol midfielder Julio Mozzo landed a hefty punch on Newell’s defender Diego Mateo after they both went for a high ball, reports said.

That turned into a free-for-all, with some players hitting out and others trying to calm team mates, and the referee soon abandoned the game.