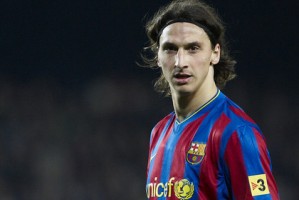 Barcelona coach Pep Guardiola hinted at being disappointed with Zlatan Ibrahimovic after victory over Stuttgart.

Guardiola left the Swede on the bench and chose Thierry Henry to lead the line in the 4-0 Champions League win.

Guardiola recently told reporters that : “We will not win anything this year without the best of Henry and the best of Ibra,”

“Henry was selected because of his second-half in the Valencia game. To not play him would have been like punishing him.”

“Henry left me with a very good feeling and I wanted to give him continuity.”