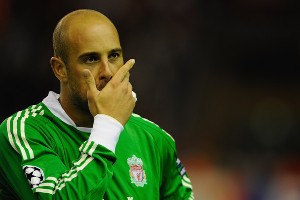 Liverpool goalkeeper Pepe Reina has revealed that he is happy to be signing a new long-term contract.

It has been confirmed that the Spain international has settled on terms over a new, long-term Liverpool deal.

Reina told reporters that : “I committed because I am happy here. Whatever happens, whether we are in the Champions League or Europa League, it is still Liverpool.

He also said that : “All of us want to win trophies, but sometimes it is not the case and because of that you cannot just throw in the towel and leave.”