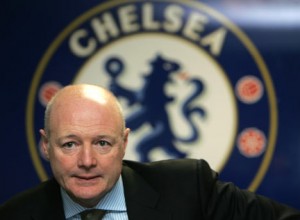 Sensational footballing news is out and it has been reported that Peter Kenyon will leave his role as Chelsea chief executive next month.

The Blues supremo arrived at Stamford Bridge from rivals Manchester United in 2004 and it is said that he will end his reign on October 31 but will stay on as a non-executive director.

Kenyon said that he is extremely proud of hid time at Chelsea and of the friendships he has forged with everyone at the club. He also said that he has been in football for 15 years and said with great certainty and pleasure that the experience at Chelsea is one of the best he has ever had.

Kenyon also went on to say that he is delighted that his relationship with the club is not ending and that he can continue making contributions in keeping Chelsea in that position and to go back to visit friends.

He also said that he intends to take a little time off before considering what to do next but he is certain that he has at least one major challenge left in him.

Kenyon ended by saying that he would like to wish Chelsea the best of luck for the rest of the season. He added that he is very sure that Carlo Ancelotti can lead the team to more greater things.