It has been revealed that Chelsea goalkeeper Petr Cech has leapt to support Manchester City counterpart Joe Hart. 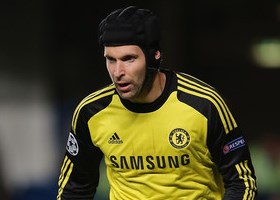 Cech told Sport magazine: “The problem is that when Joe Hart has a great game, you see all the headlines asking if he is the best keeper in the world. Then Manchester City concede a few goals and suddenly he is not good enough.

“Everybody makes mistakes, but because he is so much under the spotlight – really, the only one for the moment you can pick in your national team – everyone in the country is always watching him.

“Instead of always thinking of him as the best or the worst, people should just be happy that you have a goalkeeper who can play for the national team for the next 10 years.”