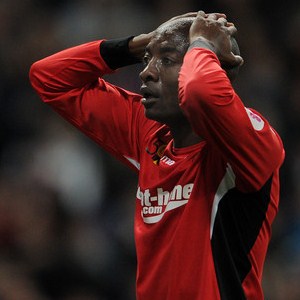 Real Mallorca striker Pierre Webo is said to be considering his future in Spain.

Premier League clubs Sunderland and Newcastle United have shown interest in the 29 year old Cameroon international and Ultima Hora has revealed that Webo has delivered a ‘sign me or sell me’ ultimatum to Mallorca.

The former Osasuna striker has a year left on his current deal and wants an answer about his long-term future from the Spanish Liga outfit.

Webo is regarded highly in England and can count on Newcastle, Sunderland, Fulham and Everton among his admirers.