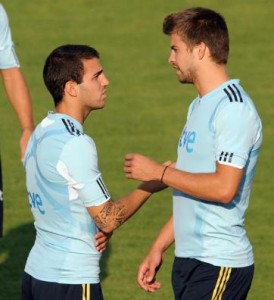 The Gunners captain left the Nou Camp as a 15-year-old in 2003 after Arsene Wenger persuaded him to move to North London.

Fabregas has since become one of the world’s finest midfielders and his performances have seen him courted by the likes of AC Milan, Real Madrid and Barcelona.

The European and Spanish champions were linked with a £40million swoop for Fabregas earlier this summer but the playmaker, now age 22, has consistently stated that he is happy at the Emirates.

However, that has not stopped rising star Pique from issuing a plea to his international team-mate to join him at the Nou Camp.

Pique told reporters that the arrival of Fabregas at Barcelona next season would be very positive.

He also added that he is a lover of the game and with Fabregas playing in the Barcelona midfield, Barcelona would be even more of a world-class side. 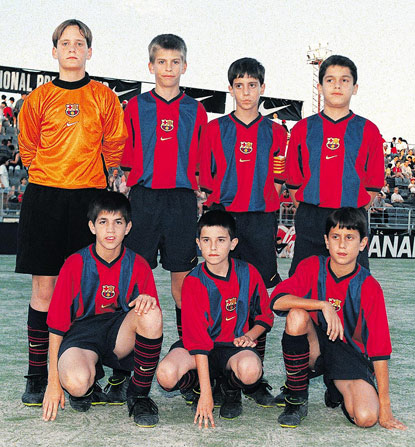 Casillas Determined To Win At The El Riazor Against Belgium


Barcelona To Do Battle With Real Madrid For Rio Ferdinand