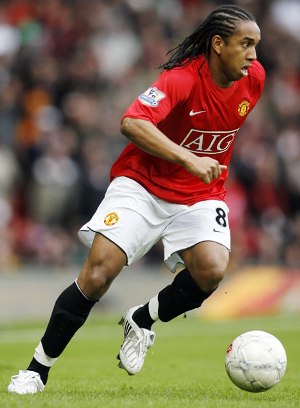 Anderson Luís de Abreu Oliveira was born on 13th of April 1988. He is best known as Anderson to the footballing world.
He is a full fledged Brazilian international footballer and currently plays for Manchester United. His regular position is as an attacking midfielder, but he can also operate on the left wing.

On 30 May 2007, the Manchester United confirmed that the club had agreed in principle to sign Anderson from Porto for an undisclosed fee, reported to be approximately £18 million. On 29 June 2007, he was granted a work permit to play in the United Kingdom, and the move was completed on 2 July, with Anderson signing a five-year contract to become United’s second Brazilian player after the disappointing Kléberson.