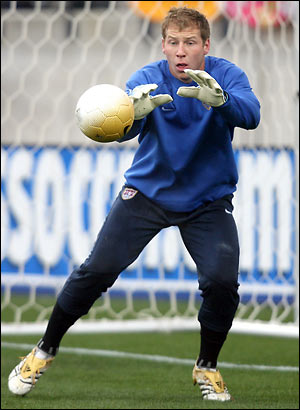 Bradley Edwin “Brad” Guzan was born on September 9, 1984, in Evergreen Park, Illinois, United States and he is an American international soccer goalkeeper who currently plays for Aston Villa of the English Premier League.

Guzan, who is of Polish American ancestry, played his youth soccer at the Chicago Magic Soccer Club, and for the varsity soccer team at Providence Catholic High School in Illinois, from which he graduated in 2003. He went on to play two seasons of college soccer at the University of South Carolina (USC), and was a second-team All-American in his sophomore season.

Guzan had an impressive freshman campaign at USC, starting all eighteen matches in his first season at South Carolina. He finished the year with a 0.96 goals against average that was aided by eight shutouts; tied for the sixth-most in a season in school history. He was named to College Soccer News’ All-Freshman team and was one of just two freshmen named to the NSCAA All-South team. He recorded 69 saves on the year, finishing with a 9-7-2 record.

After spending two years with the Chicago Fire Reserves in the USL Premier Development League he chose to forgo the rest of his college years, signing a Generation Adidas contract with Major League Soccer (MLS). Chivas USA drafted Guzan with the second overall pick of the 2005 MLS SuperDraft.

Guzan has played for the Under-18 United States national team. He got his first cap for the senior national team on February 19, 2006, against Guatemala. On November 7, 2007, Guzan was named MLS Goalkeeper of the Year.

On July 11, 2008, Aston Villa agreed a transfer fee in the region of £600,000, or $1.2 million, with MLS and Chivas USA to sign Guzan, significantly less than the £2 million agreed to in Aston Villa’s failed move for the keeper in January 2008. This was because Guzan would have been out of his contract at the end of the 2008 season in November, allowing him to sign for Aston Villa during the January transfer window on a free transfer.

On August 1, 2008, Guzan was granted a work permit by the Home Office, allowing him to complete his move to Aston Villa. He was due to be officially introduced by Aston Villa after competing for the United States at the 2008 Summer Olympics in Beijing. Guzan was the second American goalkeeper signed during the summer by Villa, following the capture of Premier League veteran Brad Friedel.

Guzan made his Villa debut in September 2008, in the League Cup, at home to Queens Park Rangers. 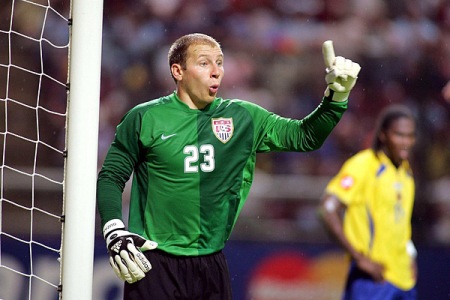