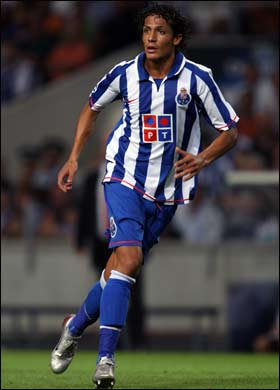 Bruno Eduardo Regufe Alves was born on the 27th of November 1981 in Póvoa de Varzim and is a Portuguese footballer who currently plays for FC Porto as a central defender.

Alves is noted for his strength, aerial ability, and is the younger brother of another footballer, AEK Athens’ defender Geraldo. His father, who is also his agent is a Brazilian and his mother is Portuguese.

Luiz Felipe Scolari gave the defender his full Portugal debut in June 2007 against Kuwait. At UEFA Euro 2008, Alves played in the 0–2 group stage loss against Switzerland.

On 10 May 2009, Alves netted the game’s only goal in a home win over CD Nacional, which ensured the Dragões and the player a fourth consecutive league accolade.


Arsene Wenger Will Not Be Given Cash For New Players