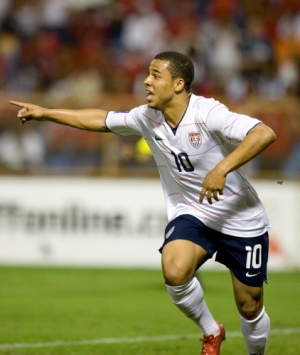 Charlie Davies was born on June 25th, 1986, in Manchester, New Hampshire and is an American soccer player who currently plays in the Swedish Allsvenskan for Hammarby IF. He has also collected 10 caps and two goals for the United States national team.

He made his debut for the senior U.S. national team on June 2, 2007, as a substitute in a 4–1 friendly match victory over China in San Jose, California.

Later that summer he was a part of the squad that took part in the Copa América 2007 in Venezuela. On October 15, 2008, he scored his first national team goal in a 2–1 loss to Trinidad and Tobago during the third round of CONCACAF qualifying for the 2010 FIFA World Cup.

He added his second national team goal against Egypt in the final group stage game of the 2009 Confederations Cup.