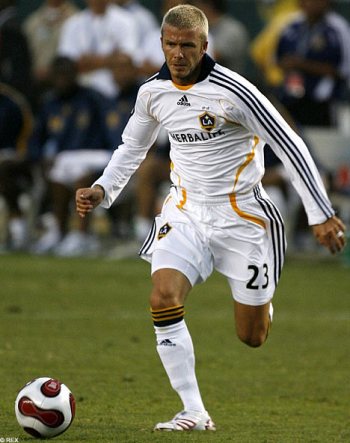 Twice runner-up for FIFA World Player of the Year and in 2004 the world’s highest-paid footballer, Beckham is the first British footballer to play 100 Champions League matches. He was Google’s most searched of all sports topics in both 2003 and 2004. With such global recognition he has become an elite advertising brand and a top fashion icon. Beckham was captain of England from 15 November 2000 until the 2006 FIFA World Cup finals, during which he played 58 times. Since then he has continued to represent his country and earned his much-publicised hundredth cap for England against France on 26 March 2008. He is currently England’s most-capped outfield player with 110 appearances.