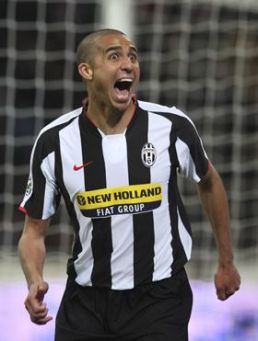 David Sergio Trezeguet was born on 15th of October 1977 in Rouen, France and is a French-Argentine football striker who currently plays for Juventus of the Italian Serie A and formerly for the French national team.

On 9 July 2008, Trezeguet announced his retirement from international football. He cited “the awful Euro and the reappointment of the coach” being the main reasons for this decision. He also added “I see football differently from how they see it in France. The Euro was very negative, but what annoys me more is that Domenech is staying.”