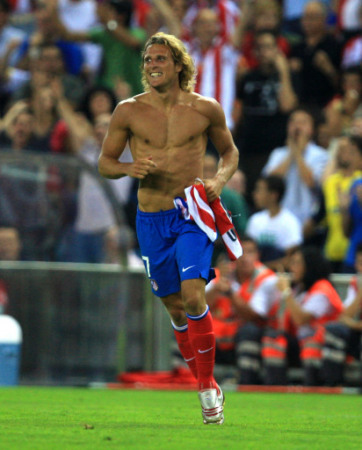 Diego Martín Forlán Corazo is an Uruguayan footballer who currently plays for Atlético Madrid of La Liga. He was born into a family of footballers. His father Pablo Forlán had played for the Uruguay national football team during the 1966 FIFA World Cup held in England and the 1974 FIFA World Cup held in West Germany and his grandfather Juan Carlos Corazo played for Independiente, in Argentina. He has dual citizenship – Uruguayan and Spanish.