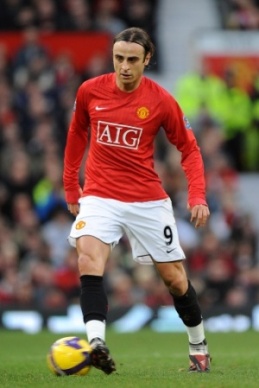 Dimitar Ivanov Berbatov was born on 30th of January 1981 in Blagoevgrad and is a Bulgarian international footballer who plays as a striker for Manchester United in the Premier League and the Bulgarian national team.

He has won the Bulgarian Footballer of the Year award five times, equalling the number of wins by Hristo Stoichkov.

Berbatov completed a move to Manchester United on 1 September 2008 for a fee of around £30.75 million, with Fraizer Campbell joining Tottenham on a season-long loan as part of the deal.This came despite Tottenham accepting a bid for Berbatov from Manchester City on the same day. Berbatov’s contract to United is for four years, and he wears the number 9 shirt previously worn by Louis Saha. Berbatov later insisted he never even considered a move to Manchester City.

Berbatov has so far played 31 games for Manchester United and scored 9 goals along the way. 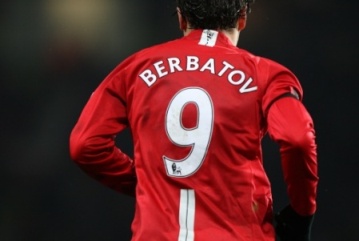