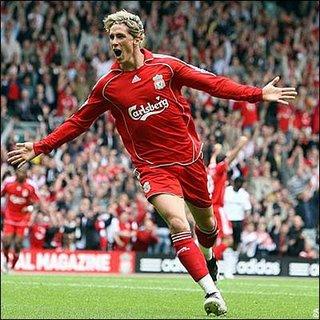 Fernando José Torres Sanz is a Spanish footballer who plays for Premier League club Liverpool and the Spanish national team as a striker.

Torres started his career with Atlético Madrid, progressing through their youth ranks. He made his professional debut in 2001 and finished his career with the club having scored 75 goals in 174 La Liga appearances, earning himself the nickname El Niño (“The Kid”) during his time in La Liga.

Prior to this, Torres played two seasons in the Segunda División, making 40 appearances and scoring seven goals. He joined Liverpool in 2007, after the club paid their record transfer fee to sign him and marked his first season with the club by being their first player to score more than 20 league goals for the club in a season since Robbie Fowler in 1995–96.