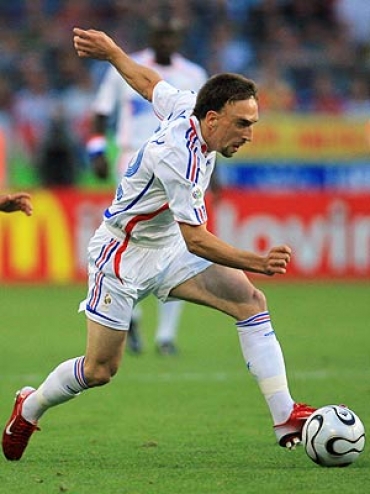 Franck Bilal Ribéry is a French football midfielder who plays for Bundesliga club Bayern Munich. Ribéry had previously represented a number of French clubs, including Marseille, as well as briefly playing for Galatasaray.

He is known for “pace, energy and skill.” Since joining Bayern for a club record fee, Ribéry has been recognised on the world stage as one of the best French players of his generation. The previous talisman of Les Bleus, Zinedine Zidane, has called Ribéry the “jewel of French football.”

When Ribéry was two years old, he and his family were involved in an automobile accident in Boulogne-sur-Mer, colliding with a truck. Ribéry suffered serious facial injuries that resulted in over one hundred stitches and left two long scars down the right side of his face