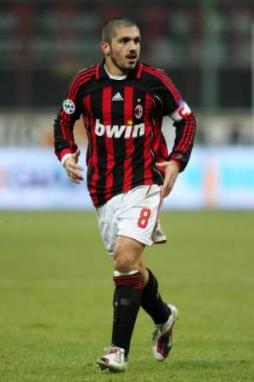 Gennaro Ivan “Rino” Gattuso, was born on January 9, 1978 in Corigliano Calabro and is an Italian World Cup-winning footballer. His main position is defensive midfielder; however, he sometimes plays on the right side of midfield.

Gattuso has been capped over sixty times for his country and played in the 2000 Summer Olympics, the 2002 World Cup, the Euro 2004 and the 2006 World Cup, being one of the key players for the Italian team, winning the Man of the Match award in the 2006 FIFA World Cup knockout stage match against Ukraine. He and Pirlo formed a formidable partnership in the heart of midfield.


Deco Wants To Show Fans What They Have Been Missing