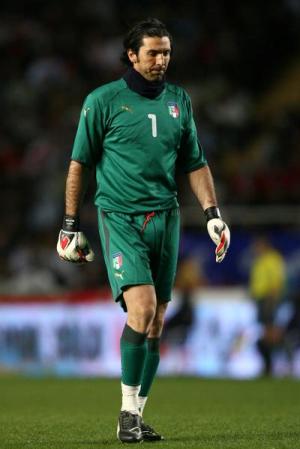 Gianluigi Buffon, is an Italian FIFA World Cup-winning goalkeeper who plays for Serie A club Juventus and the Italian national team.

Gianluigi Buffon was born into a sporting family. His mother, Maria Stella, was a discus thrower, his father, Adriano, a weightlifter, his two sisters Veronica and Guendalina played volleyball and his uncle, Angelo Masocco, played basketball.

He is also a nephew of goalkeeping legend Lorenzo Buffon (a cousin of Gianluigi’s grandfather). Buffon lives with a Czech model Alena Šeredová, who gave birth to son Louis Thomas on December 28, 2007 and they are currently expecting their second child. Buffon and Šeredová are not married yet, but according to the Italian and Czech press, the couple stated that they will get married after the birth of their second child.