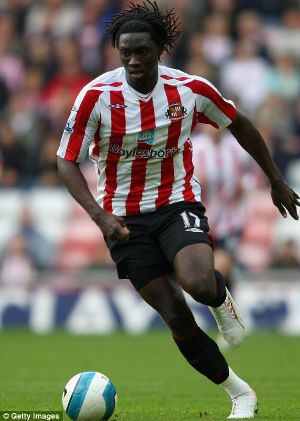 Kenwyne Joel Jones was born on 5th of October 1984 in Point Fortin, Trinidad and Tobago and is a Trinidadian professional footballer who plays as a striker for Premier League club Sunderland. He previously played for Southampton, Stoke City, Sheffield Wednesday, W Connection and Joe Public.

He began his football career with Joe Public in his native Trinidad and Tobago. He then moved to W Connection in 2002 and he was a utility player in the Trinidad and Tobago team in 2003 against Finland. In 2004, he joined Southampton, where he was converted to a striker. He was later loaned to Sheffield Wednesday and Stoke City during the 2004–05 season.

He has so far played 62 matches for Sunderland FC and scored 17 times along the way.