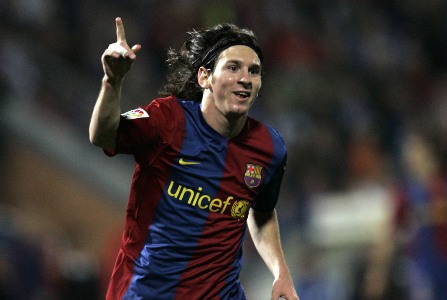 Lionel Andrés “Leo” Messi is an Argentine footballer who plays for Spanish La Liga club FC Barcelona and the Argentine national team. Messi is considered to be one of the best football players of his generation, having received several Ballon d’Or and FIFA World Player of the Year nominations by the age of 21. He was selected as both the FIFPro and World Soccer Magazine Young Player of the Year for three years running from 2005–2008. His playing style and ability have drawn comparisons to football legend Diego Maradona. Indeed, Maradona himself declared Messi his “successor”.